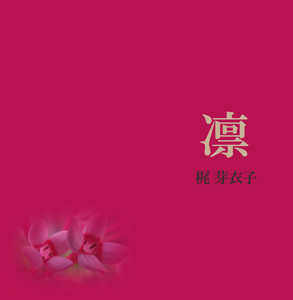 Meiko Kaji , (born March 24, 1947 in Chiyoda, Tokyo, Japan) is a Japanese Enka singer and actress. Meiko Kaji first began work in the film industry under the name Masako Ota at Nikkatsu studio in 1965. In 1970, with little success but extensive experience in the movie business, Meiko Kaji signed up with the Nikkatsu movie studio and was subsequently cast in more or less important roles in the Stray Cat Rock series. The films concern juvenile girl gang confrontations and, although inventive, they suffer from poor scripts throughout the series. In 1971 Nikkatsu started moving into the financially lucrative pink film business. To avoid this Kaji moved to Toei where she met director Shunya Ito and made four women in prison films in the Female Prisoner Scorpion series, which made her famous throughout Japan. The films were adapted from a well-known manga by Toru Shinohara. In the fourth installment Toei replaced director Shunya Ito with Yasuharu Hasebe, a decision that Kaji was unhappy about, and she subsequently left the series, which continued until 1998 with six new installments of markedly lesser quality. In 1973 she took on the role of Yuki in the revenge-themed film Lady Snowblood, which later gained popularity as a cult film in the West. It was based on a manga by Kazuo Koike who also created the Crying Freeman and Lone Wolf and Cub manga series. The film was one of the inspirations for Quentin Tarantino's Kill Bill films. It was followed by the sequel, Lady Snowblood 2: Love Song of Vengeance. Kaji went on to appear in several of Kinji Fukasaku's films, most notably Yakuza Graveyard (1976). In 1978, she starred in a film adaptation of Sonezaki Shinju, for which she earned nominations for Best Actress at five different awards shows, winning four of them. However, the film remains unseen by many of her fans, due to the fact that it has never been released on video or DVD. Kaji's singing career was closely tied to her movie career, and she often sang on the soundtracks of films she starred in. The theme song to Lady Snowblood, Flower of Carnage (Shura no Hana), and the theme song of the Sasori series, Urami Bushi (lit. Grudge Song), both sung by Kaji, were used in Tarantino's Kill Bill films. Owing to this, she has seen a surge of renewed interest in her work. In 1989 Kaji portrayed Omasa, an informant, in the television jidaigeki Onihei Hankachō (the Shochiku-Fuji Television version starring kabuki actor Nakamura Kichiemon II). Read more on Last.fm. User-contributed text is available under the Creative Commons By-SA License; additional terms may apply.