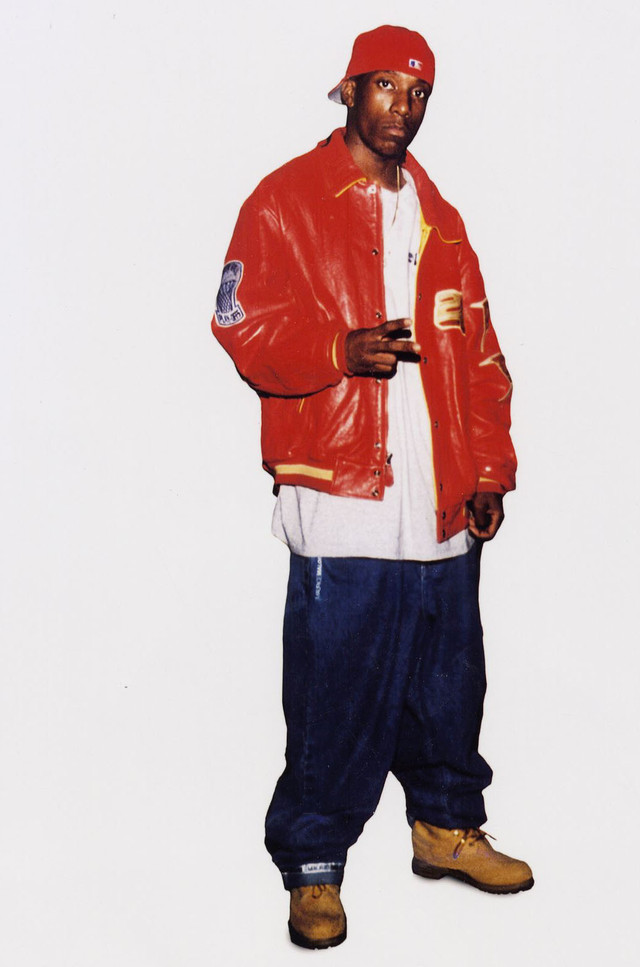 Lamont Coleman (May 30, 1974 – February 15, 1999), known professionally as Big L, was an American rapper. He is widely regarded as one of the greatest and most lyrical rappers of all time, and is known for helping to pioneer horrorcore. Emerging from Harlem, New York in the early to mid-1990s, Coleman became well known amongst underground hip-hop fans for his freestyling ability, and was eventually signed to Columbia Records, where he released his debut album, Lifestylez ov da Poor & Dangerous in 1995 and is now considered by many fans as a classic album. On February 15, 1999, Coleman was shot nine times and killed by an unknown assailant in a drive-by shooting in his hometown of Harlem. Noted for his use of wordplay, multiple writers at AllMusic, HipHopDX and The Source have praised Coleman for his lyrical ability, and he has also been described as one of the most auspicious storytellers in hip hop history. Regarding Coleman's legacy, Nas said on MTV, “He scared me to death. When I heard that on tape, I was scared to death. I said, ’Yo, it’s no way I can compete if this is what I gotta compete with.' Lamont Coleman was born in Harlem, New York City, on May 30, 1974, the third and youngest child of Gilda Terry (d. 2008) and Charles Davis. Davis left the family while Coleman was a child. His two older siblings, Donald Coleman and Leroy Phinazee (d.2002), were the children of Gilda and a man named Mr. Phinazee. Coleman received the nicknames Little L and 'mont 'mont as a child. At the age of 12, Coleman became a big hip hop fan and started freestyling with other people in his neighborhood. He founded a group known as Three the Hard Way in 1990, but it was quickly broken up due to a lack of enthusiasm amongst the members. It consisted of Coleman, Doc Reem, and Rodney. No projects were released, and after Rodney left, the group was renamed Two Hard Motherfuckers. Around this time, people started to refer to Coleman as Big L. In the summer of 1990, Coleman met Lord Finesse at an autograph session in a record shop on 125th Street. After he did a freestyle, Finesse and Coleman exchanged numbers. Coleman attended Julia Richman High School. While in high school, Coleman freestyle battled in his hometown; in his last interview, he stated, in the beginning, all I ever saw me doing was battling everybody on the street corners, rhyming in the hallways, beating on the wall, rhyming to my friends. Every now and then, a house party, grab the mic, a block party, grab the mic. He graduated in 1992. On February 15, 1999, Big L was killed at 45 West 139th Street in his native Harlem after being shot nine times in the face and chest in a drive-by shooting. Gerard Woodley, one of Big L's childhood friends, was arrested three months later for the crime. It's a good possibility it was retaliation for something Big L's brother did, or Woodley believed he had done, said a spokesperson for the New York City Police Department. Woodley was later controversially released, and the murder case remains unsolved. Big L is buried at George Washington Memorial Park in Paramus, New Jersey. On June 24, 2016 at 139th St. and Lenox Avenue, Woodley, 46, was shot in the head and later died at Harlem Hospital. Coleman is often credited in helping to create the horrorcore genre of hip hop with his 1992 song Devil Son. However, not all his songs fall into this genre, for example, in the song Street Struck Coleman discusses the difficulties of growing up in the ghetto and describes the consequences of living a life of crime. Idris Goodwin of The Boston Globe wrote that [Big L had an] impressive command of the English language, with his song Ebonics being the best example of this. He was notable for using a rap style called compounding. Coleman also used metaphors in his rhymes. M.F. DiBella of Allmusic stated Coleman was a master of the lyrical stickup undressing his competition with kinetic metaphors and a brash comedic repertoire. On the review of The Big Picture, she adds the Harlem MC as a master of the punch line and a vicious storyteller with a razor blade-under-the-tongue flow. Trent Fitzgerald of Allmusic said a lyrically ferocious MC with raps deadlier than a snakebite and mannerisms cooler than the uptown pimp he claimed to be on records. Read more on Last.fm. User-contributed text is available under the Creative Commons By-SA License; additional terms may apply.