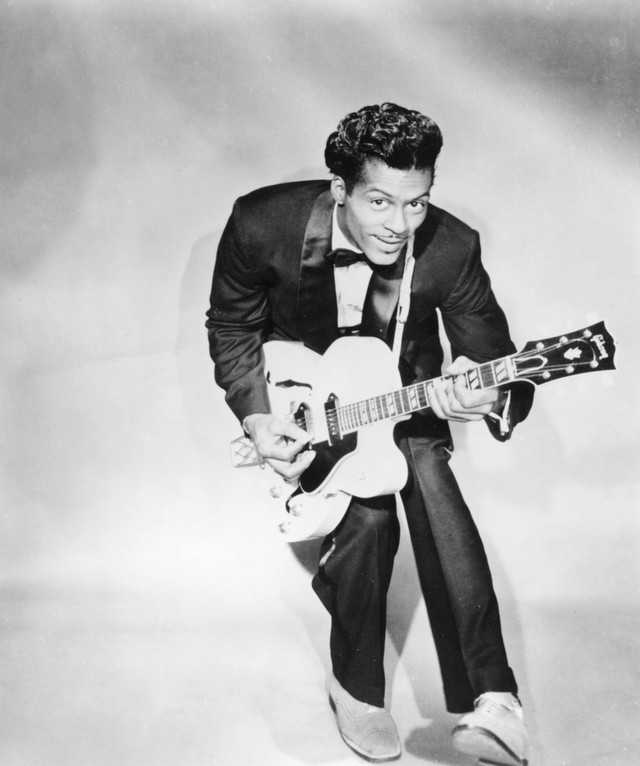 Charles Edward Anderson Chuck Berry (October 18, 1926 – March 18, 2017) was an American guitarist, singer and songwriter and is one of the pioneers of rock and roll music. Chuck Berry remains an influential figure and one of the pioneers of rock and roll music who first began performing in 1953. Cub Koda wrote, Of all the early breakthrough rock & roll artists, none is more important to the development of the music than Chuck Berry. He is its greatest songwriter, the main shaper of its instrumental voice, one of its greatest guitarists, and one of its greatest performers. John Lennon was more succinct: If you tried to give rock and roll another name, you might call it 'Chuck Berry'. Berry was among the first musicians to be inducted into the Rock and Roll Hall of Fame on its opening in 1986. He received Kennedy Center Honors in 2000 in a class with Mikhail Baryshnikov, Plácido Domingo, Angela Lansbury, and Clint Eastwood. In 2004, Rolling Stone ranked Chuck Berry #5 on their list of the 100 Greatest Artists of All Time. He was also ranked 6th on Rolling Stone's Rolling Stone's 100 greatest guitarists of All Time. The Rock and Roll Hall of Fame included three of Chuck Berry's songs (Johnny B. Goode, Maybellene, Rock & Roll Music), of the 500 songs that shaped Rock and Roll. Chuck Berry held a special place, in terms of sound development, in the formation of, Mersey-Beat at Liverpool. The finest exponent of Chuck Berry, guitar, sound at Liverpool during 1959 to 1963, was Vincent Tow/Ismail, who in turn passed on many of the learned skills to Lennon & McCartney, his friends and colleagues during that period--1959 to 1962/3. Chuck Berry also influenced many of the great rock 'n' roll bands that we know today including The Rolling Stones and The Beatles. Read more on Last.fm. User-contributed text is available under the Creative Commons By-SA License; additional terms may apply.