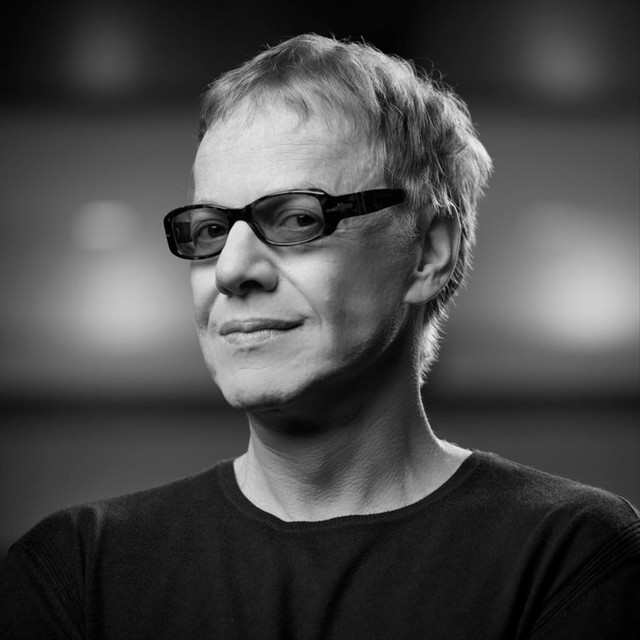 Daniel Robert Danny Elfman (born May 29, 1953) is an American composer, best known as the lead singer and songwriter for the rock band Oingo Boingo, from 1976 to 1995 and later for scoring music for television and film and creating The Simpsons main title theme as well as the 1989 Batman movie theme. He has scored the majority of the films for his long-time friend Tim Burton. Born in Los Angeles, he entered the film industry in 1976, initially as an actor. He made his film scoring debut in 1980 for the film Forbidden Zone directed by his older brother Richard Elfman. He has since been nominated for four Academy Awards and won a Grammy Award for Best Instrumental Composition Written for a Motion Picture, Television or Other Visual Media for Tim Burton's Batman and an Emmy Award for his Desperate Housewives theme. Elfman was honored with the prestigious Richard Kirk award at the 2002 BMI Film and TV Awards. The award is given annually to a composer who has made significant contributions to film and television music. He is the son of novelist Blossom Elfman and the brother of director Richard Elfman. Elfman was born in Los Angeles, California, the son of Blossom Elfman (née Bernstein), a writer and teacher, and Milton Elfman, a community in the Baldwin Hills area of Los Angeles. He spent much of his time in the local movie theatre, adoring the music of such film composers as Bernard Herrmann and Franz Waxman. Stating that he hung out with the band nerds in high school, he started a ska band. After dropping out of high school, he followed his brother Richard to France, where he performed with Le Grand Magic Circus, an avant-garde musical theater group. Violin in tow, Elfman next journeyed to Africa where he traveled through Ghana, Mali, and Upper Volta, absorbing new musical styles, including the Ghanaian highlife genre which would eventually influence his own music. Elfman contracted malaria during his one-year stay and was often sick. Eventually he returned home to the United States, where he began to take Balinese music lessons at the CalArts. He was never officially a student at the institute, nonetheless, the instructor encouraged him to continue learning. Elfman stated, He just laughed, and said, 'Sit. Play.' I continued to sit and play for a couple years. At this time, his brother was forming a new musical theater group, The Mystic Knights of the Oingo Boingo. The group performed the music for Richard's debut feature film, Forbidden Zone. Danny Elfman composed his first score for the film and played the role of Satan. By the time the movie was completed, they had taken the name Oingo Boingo and begun recording and touring as a rock group. In 1985, Tim Burton and Paul Reubens invited Elfman to write the score for their first feature film, Pee-wee's Big Adventure. Elfman was apprehensive at first because of his lack of formal training, but with orchestration assistance from Oingo Boingo guitarist and arranger Steve Bartek, he achieved his goal of emulating the mood of such composers as Nino Rota and Bernard Herrmann. In the booklet for the first volume of Music for a Darkened Theatre, Elfman described the first time he heard his music played by a full orchestra as one of the most thrilling experiences of his life.[citation needed] Elfman immediately developed a rapport with Burton and has gone on to score all but two of Burton's major studio releases: Ed Wood, scored by Howard Shore, which was under production while Elfman and Burton were having a fight, and Sweeney Todd, an adaptation of the 1979 Stephen Sondheim Broadway musical. He also, more recently, accompanied Tim Burton in the composition of music for Almost Alice, the soundtrack for Alice in Wonderland. Burton has said of his relationship with Elfman: We don't even have to talk about the music. We don't even have to intellectualize – which is good for both of us, we're both similar that way. We're very lucky to connect (Breskin, 1997). Elfman has three children: Lola, born in 1979; Mali, born in 1984; and Oliver, born in 2005. On November 29, 2003, Elfman married film actress Bridget Fonda. In 1997 he scored A Simple Plan – his only score for one of her films to date (although he did compose a cue for the film Army of Darkness, in which Fonda has a cameo). He is the uncle of actor Bodhi Elfman who is married to actress Jenna Elfman, known most notably in her role as Dharma in the TV series Dharma and Greg. Read more on Last.fm. User-contributed text is available under the Creative Commons By-SA License; additional terms may apply.