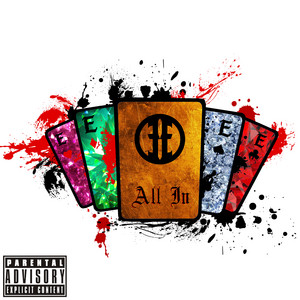 There are at least twelve artists using the name Echo. There is - a Taiwanese indie pop band (回聲樂團); - a China Mainland pop band (see below); - a Swiss folk band with the name written as 'eCHo'; - an electronic group from the United States (see below); - a Japanese hardcore band; - a French electronic producer, (see below); - a Hungarian pop band from the 70s; - a guitar-based 5-piece from Bad Segeberg in Germany (who recorded the three 'demo' tracks here); - a hip hop group from Poland; - a metal band from Israel and also an alternative rapper from Israel - a Drum & Bass producer and DJ from the U.S.A. (San Francisco). - a Romanian Progressive Rock group. ----- The Chinese Mainland pop band, echo, started their career as indie band in Wuhan, and released the debut album "Echo" in 2007. The theme song from 'New Shanghai (新上海滩)' - 歌未央 (ge1 wei2 yang1, The Song not Ended) hits the public and makes them first known. ----- Echo, a project from producers/multi instrumentalists JOY ASKEW & TAKUYA NAKAMURA, a seductive fusion of tradicional vocal jazz and downtempo electronic grooves. On their eponymous debut, the New York duo puts a mesmerizing stamp on carefully-chosen jazz standards, as well as captivating originals. Echo was born from NYC's live drum & bass scene. Askew initially discovered Nakamura playing trumpet and keyboards at the SoHo nightclub Shine's popular party "Prohibited Beatz". The rotating live line-up of DJs, MCs, and diverse musicians inspired Askew instantly, because it reminded her of one of her biggest influences: Miles Davis' late-'60s electric period (In A Silent Way, Bitches Brew). "At Shine I was seeing jazz re-emerging in a fresh way, because there's so much more technology to play with, and so many different directions you can go in, with drum and bass rhythms, and all the possibilities offered by electronics." Askew and Nakamura began to collaborate. One afternoon at Askew's apartment, Nakamura played her a new track he'd been working on. "It was this great, bubbly rhythm," she recalls, and it inspired her to start singing the Cole Porter standard "I've Got You Under My Skin." The two seemingly disparate components fit hand-in-glove, and "within 20 minutes, we'd almost recorded the whole thing." By marrying the relaxed rhythmic undercurrents and cutting-edge production techniques with more-traditional songwriting, the pair had hit upon a unique direction for Echo. One of the album's most affecting (and revealing) tracks is the moody, sensually rhythmic "Secret Self," inspired by Askew's long-standing love of Beat Generation authors like Allen Ginsberg, William S. Burroughs, and Jack Kerouac. In fact, the specific impetus, according to the singer, was listening to the excerpt "Jazz of the Beat Generation" from the CD "Jack Kerouac Reads On The Road". Besides his current work with live drum and bass act Nerve and neo-soul outfit Organic Grooves, Takuya Nakamura has played with such jazz notables as flugelhorn great Clark Terry, drummer/arranger Bob Moses, and saxophonist Ravi Coltrane. Taken from Echo's website -------------------------------------------- ECHO was born in France during the year of 1971 and in the 1990's he played with several pop bands as both a bassist and a guitarist, however he always felt slightly frustrated that somehow he could not quite express himself fully. So three years ago he shut himself in a room and began the journey in nurturing his craft, where he developed into the outstanding musical producer that we see today. Myspace gave ECHO the opportunity to gain exposure and within four months, he had obtained world wide air play and interest from record companies in the U.S, Germany and of course his native France. Can also be found on last.fm as Echo (Fr) & Echo Armando, although officially it's just 'Echo'. Read more on Last.fm. User-contributed text is available under the Creative Commons By-SA License; additional terms may apply.