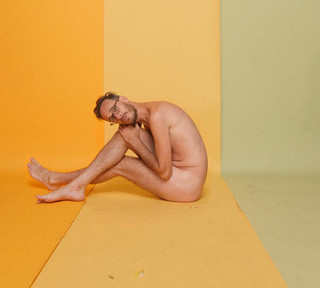 Hellogoodbye is a pop band, formed in Huntington Beach, California in 2001. They were signed to Drive-Thru Records where they released an EP, CD, and a DVD. Their first full-length album entitled Zombies! Aliens! Vampires! Dinosaurs! was released in August 2006. They are renowned for their DIY ethic, their shrill outfits and having a particularly close relationship with their fans. The band achieved fame due to their appearances on MTV's The Real World: Austin and winning MTV2's Dew Circuit Breakout. History The band Hellogoodbye was initiated in 2001 as a recording project by Huntington Beach High School student Forrest Kline. With the aid of fellow student Jesse Kurvink, Kline started recording synthesized power pop songs on his computer, which originally only served the purpose of entertaining their friends. However, as more and more of their songs appeared on MP3.com, Hellogoodbye's fanbase grew. According to Kline, the band name was inspired by,a line from the TV series Saved by the Bell and the general transience of opportunities. In 2002, without even having a release out, Hellogoodbye began playing local concerts in front of crowds of hundreds. For live shows, vocalist/guitarist Kline and keyboardist Kurvink were accompanied on drums by either Parker Case, who would later form the now defunct JamisonParker, or Aaron Flora. Flora and bassist Marcus Cole soon joined them permanently, completing the band's line-up. [1] Though California indie label Drive-Thru Records signed Hellogoodbye in January 2004, everything the band does is still entirely done by themselves, ranging from recordings and album artwork to posters and merchandise designs. Shortly after their signing, Kline and Kurvink recorded the band's debut EP, Hellogoodbye, which spawned a music video to the song Call n' Return. The video featured Kline and Flora playing a comedic game of tennis against Cole and Kurvink, with Forrest and Aaron coming out on top. In March 2004, drummer Flora left the band and was replaced by then 16-year-old high school dropout Chris Profeta. The EP was finally released on August 17, 2004, which was supported by various US tours. During one of them, the Sounds of Change Tour with An Angle, Socratic and Steel Train, hellogoodbye flipped and totaled their van and trailer after Cole dozed off behind the wheel while driving through Pennsylvania on October 22, 2004. All of the band members made it out without a scratch. [2] While participating in 2005's South by Southwest, a music festival for mainly unsigned artists in Austin, Texas, the band appeared on several episodes of MTV's The Real World: Austin. The cast of the TV series produced a video documentary about two bands on the festival's line-up (the other one being Halifax), including interviews and live footage. The appearance certainly gave a boost to the band's popularity. On November 22, 2005, Hellogoodbye released a home DVD titled OMG HGB DVD ROTFL. The DVD title was originally a place holder until they thought of a real title, but the band just stuck with the title itself. It featured two hours of concert and touring footage, as well as music videos to the five songs off their debut EP. In December 2005, the band won MTV2's Dew Circuit Breakout, competing as Los Angeles' representative against New York City and Chicago finalists Pete Miser and Tub Ring. The prize included $10,000 cash, a brand new set of Gibson equipment and an opening slot on an upcoming major US tour. Hellogoodbye's full-length debut entitled Zombies! Aliens! Vampires! Dinosaurs! was released on August 8th, 2006 and was the highest debut of a Drive Thru Records CD ever in the Billboard 100. Marcus Cole, (bass) left the band and now Forrest's friend, Travis Head plays bass They released their second full-length album in 2010 titled Would It Kill You? ------------------------------------------------------------------------ Hello Goodbye is a Scandinavian union of Swedes, Lisa Lundkvist (vocals) and Johannes Kanschat (drums), and Norwegians Frode Fivel (guitar and vocals) and Alex Kloster-Jensen (producer and guitar). Following the release of 7 African Nights (1999) on the label Smalltown Supersound, they soon became favorites in the Norwegian underground music scene. Another highlight of 1999 was playing with Hello Goodbye-fans Yo La Tengo at So What in Oslo. Due to Lisa's art studies they moved to Gothenburg, Sweden in 2000. Hello Goodbye were soon adopted to the Swedish music scene, and the same year they played the Emmaboda festival, receiving great attention in Swedish media. Hello Goodbye was then becoming a quartet with extra guitarist Alex, from the Norwegian garage band Ricochets. Alex also produced Heart Attack (2002), recorded in Gothenburg in 2001, their debut album. The quartet had also become a killer live band, and after doing a fantastic gig in Oslo in December 2001, they were signed to Racing Junior. Hello Goodbye's distinguishing features are many: The combined song writing talents in Frode's beautiful pop tunes and Lisa's more hysteric punk songs are undoubtedly important. Seeing them live also reveals another specialty. They're all standing very close to each other. Johannes dancing behind his two drums, while Alex does his peculiar supersonic guitar poses. In front Frode sings and plays passionately, while Lisa's vocals inhabit extreme dynamics (from whispers to screaming), which also ensures a great experience when they're singing together. Heart Attack has received panegyric reviews in Norway. The critics have compared them to artists like The Velvet Underground, The Cramps, and The White Stripes. One review described the band by imagining The Velvet Underground playing songs by Dead Moon, or even The Sonics. After being occupied with respective art and music projects for a while, they finally got together to make and record their second album Haunted Holiday (2004). The album draws upon their debut album, but with possibly even stronger songs, and a more complex and more thought through approach to it. Haunted Holiday is clearly a step forward! Discography: African Nights 7, Smalltown Supersound 1999 Cheesecake, Last Take 7, Booff Records 2002 Heart Attack CD/LP, Racing Junior 2002 Haunted Holiday CD, Racing Junior 2004 Read more on Last.fm. User-contributed text is available under the Creative Commons By-SA License; additional terms may apply.

Here (In Your Arms) Oh, It Is Love Baby, It's Fact All Of Your Love All Time Lows Homewrecker I Saw It On Your Keyboard Stuck To You Two Weeks In Hawaii Touchdown Turnaround (Don't Give Up On Me) Shimmy Shimmy Quarter Turn Figures A And B (Means You And Me) When We First Met touchdown turnaround Finding Something to Do Call n' Return Dear Jamie... Sincerely Me call and return Bonnie Taylor Shakedown 2K1 Shimmy Shimmy Quarter Turn (Take It Back To Square One) The Thoughts That Give Me the Creeps Bonnie Taylor Shakedown 2k4 Getting Old Betrayed By Bones When We First Kissed (Everything Is) Debatable You Sleep Alone Here (In Your Arms) (Radio Edit) Dear Jamie...Sincerely Me I Never Can Relax Would It Kill You? Coppertone bonnie taylor shakedown Something You Misplaced Figures A and B if you wanna... i might Jesse Buy Nothing... Go To Prom Anyways Welcome To My Record Dear Jamie, Sincerely Me I Just Think She's The Best Call And Return (Say That You're Into Me) Just Don't Let Go Just Don't Winter Wonderland escape (live acoustic on goes on clear) Jesse Buy Nothing, Go To Prom Anyways Shimmy Shimmy Quarter Turn (Take It Back To Square One) - EP Version Here (In Your Arms) - Radio Edit Bonnie Taylor Shakedown [2K1] oh its love The Magic Hour Is Now