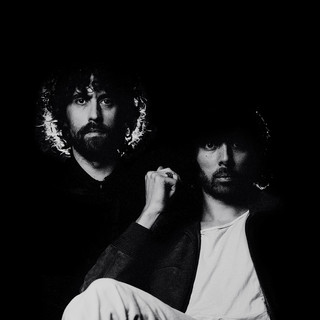 Justice is an electronic music duo from Paris, France, formed in 2003 and consisting of Gaspard Augé (born 21 May, 1979) and Xavier de Rosnay (born 2 July, 1982). They are mostly known for their remix of Simian’s “Never Be Alone”, later renamed “We Are Your Friends”, as well as their “Waters of Nazareth” EP and their single release of ‘’D.A.N.C.E.’‘. Their debut album is entitled “†” but is often spelled out “Cross”. Justice are the most commercially successful act on the label of Pedro Winter (Busy P), Ed Banger. 2) Justice In the summer of 2003 a couple of young hardcore enthusiasts put their heads together and decided to create a band that would stir things up and speak out. Bummed out but at the same time motivated by the stale state of affairs in hardcore at the time, JUSTICE burst onto the scene with an unseen energy, a righteous attitude and the determination to turn things around. More than three years down the line and after some line up changes, a slew of well received releases (their demo, two EP's and a full length) and countless tours and shows (in Europe and the States), it is safe to say their mission's been accomplished. JUSTICE has become a household name to hardcore/punk kids worldwide and they have accomplished that by doing what they do best: writing catchy, honest and meaningful songs and backing it all up with an insane work ethic. What all the nay-sayers and know-it-alls had to say never phased JUSTICE. They just continued to work hard and never looked back. For them, this isn't about being cool or receiving praise... It is about a love for hardcore in all its aspects and a will to be heard. Not content with sitting back and waiting for things to happen, they have put out most of their own records and booked most of their own tours. Not afraid of change, the have continued to broaden their sound with every release, challenging themselves and the listener to take things a few steps further every time. Sure, the energy still oozes from the cracks and that youthful anger is still there, but through the years JUSTICE's sound has become more melodic, soulful and grooving. For their second full length album, Escapades, JUSTICE decided to team up with Reflections Records from Holland. This hardworking and well respected label will definitely make sure that the band's unique sound and message gets out to everyone wants to hear it and everyone that loves their hardcore true and authentic. Escapades is a record that needs to be heard. It deserves to be heard because it is genuine, honest and strong. A relief in these days of pre-packaged angst and anger. A breath of fresh air among the so many bands that just go through the motions. Simply put, Escapades is their most daring and challenging record to date. JUSTICE have gone all the way, both musically and lyrically, to give us 110 percent. Nothing less. They've put their hearts on display and have dug deeper than ever to write the best bunch of songs they possibly could. Two of these songs could already be heard on 2006's Up And Down/Push It To Edge EP, which already served as a good indication of what was still to come. This is a record that will take some getting used to and will only reveal its true power after several spins. Once it grabs a hold of you though, it won't let go. From the anthemic and infectious opener I Need Air (featuring Richie Birkenhead on guest vocals), through the heavily grooving Unsure and all the way to the introspective and surprisingly mellow last song titled Oh How We Laughed, Escapades is one hell of a record. It twists and turns, slows down and speeds up, all at the right times. It is melodic, but never weak. It is honest and emotional, but never corny or lame. Escapades is who JUSTICE were Honest. Strong. True. Justice Played their last show the 8th of March 2008 and released one final 12 ep along with their demise. Justice released two LPs, two 7 inches and a 12 EP. Members are now in Rhythm To The Madness, Loud And Clear and Rise And Fall. http://www.myspace.com/justicehc. FTS – vocals Stief – guitar Daan – drums Sike – bass Website: www.justicehc.com E-mail: intro_justice@hotmail.com 3) Justice is a thrash/death metal band from Franconia, Germany. The band was founded in 1993. You can visit their homepage at http://www.justiceweb.de. In 2003 and 2006 the band started the Earthshaker Festival. 4) Justice is Anthony Bowes, aka Tony Justice, a drum 'n' bass producer . Justice produced with Blame from 1991-1996, mainly on the Moving Shadow record label. They also produced together under the alias Icons. 5) Justice is also an Irish Folk band, about which fairly few things are known. Their track They Shoot Children is one of the more renowned tracks and yet, internet culture doesn't tell much about this artist. 6) Justice is a reggae artist 7) Justice is thrash metal band from Virovitica, Croatia. They recorded one demo album called Antariksh Expands in 1994. Band is merely mentioned here: http://www.cmar-net.org/bandovi/band_panonski.htm[ [b] 8) Justice is the name of the solo project of Anders Pierson. He has released one EP to date, 2008: The Singles, unfortunately it has not yet reached the internet, instead being released only through cassette tapes. 9) Justice is a Holland based Hardcore producer who Founded the Pendeho record label together with Drokz Read more on Last.fm. User-contributed text is available under the Creative Commons By-SA License; additional terms may apply.