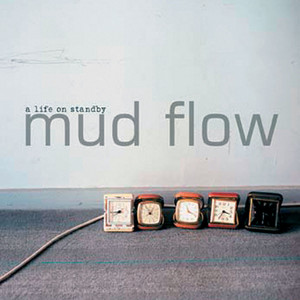 Mud is the name of at least three bands: 1. Mud was a British rock band, heavily influenced by 1950s rock and roll, but moving beyond it into mainstream rock. The members were Les Gray, Rob Davis, Ray Stiles, and Dave Mount. They had fifteen hits in the U.K., including three number ones. More recently Rob Davis has written numerous successful songs for newer artists, including U.K. number ones for Kylie Minogue and Spiller. 2. Mud is also the name of a dark ambient project, a collaboration between Steve Hall of Yen Pox and Traig Foltz of Used. 3. Originally from the island of Guam. In 2001, the San Francisco music scene began to resonate a little louder with the induction of indie newcomer MUD. Describing their sound as, “A blending of punk’s energy and the edge of metal,” their raw guitar riffs, heavy bass grooves and depth in song writing have since drawn comparisons to successful crossover bands like Jawbreaker, NOFX, Letters to Cleo, Green Day and The Foo Fighters. Over the years, MUD has become a frequent fixture at Bay Area landmark venues such as Slim’s, Bottom of the Hill and The Warfield. MUD has since expanded their resume to include the 2006 Van’s Warped Tour, headlining SF’s Live 105 Official Warped Tour After Party , opening for national touring acts such as The Matches (Epitaph), April Sixth(Elektra), The Forces of Evil (members of Reel Big Fish) and Camp Freddy (Slash,Duff McKagan,Scott Weiland,Billy Morrison,Matt Sorum) as part of the Recording Academy's Tribute to SF Music Past and Future,featuring guest artist Steve Jones,Joe Satriani,Lars Ulrich,Robert Trujilo,Mike Bordin,Jeremy Colson,Chester Bennington,Mark McGrath and Stephen Jenkins . Tracks from MUD’s current CD, Where is Tomorrow, have received domestic and international airplay on such popular stations as LIVE 105, KALX 90.7 and THE ROCK 105.1 FM. Recently signed to San Francisco indie label Talking House Records, MUD is currently working on material for an expected release in 2007. Read more on Last.fm. User-contributed text is available under the Creative Commons By-SA License; additional terms may apply.

Lonely This Christmas Tiger Feet Dyna-Mite Oh Boy The Cat Crept in Rocket The Secrets That You Keep Crazy Hypnosis Dynamite Moonshine Sally Blue Moon Living Doll One Night The End Of The World Let's Have A Party In The Mood Tallahassee Lassie Diana Hula Love The Hippy Hippy Shake Do You Love Me Tigerfeet Last Tango In London Watching The Clock Running Bear Lean On Me Show Me You're A Woman Do It All Over Again Lonely Christmas L-L-Lucy Hippy Hippy Shake L' L' Lucy Shake It Down My Love Is Your Love Morning The Ladies Mr Bagatelle Still Watching The Clock I Can't Stand It L'L'Lucy Nite On The Tiles Lonley this Christmas Bye Bye Johnny Father Christmas Under The Moon Of Love Mr. Bagatelle Shake Rattle & Roll/See You Later Alligator (Medley) Cut Across Shorty Lonely This Christmas [*]