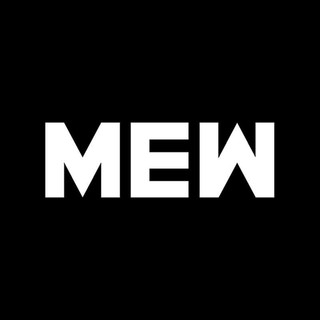 Mew is an alternative rock band which formed in Hellerup, Denmark in 1995. The band consists of Jonas Bjerre (vocals), Bo Madsen (guitar), and Silas Utke Graae Jørgensen (drums). When on tour, Mew is supported by Dr. Nick Watts (Headswim) on keyboard, and Bastian Juel on bass (original bassist Johan Wohlert left in 2006, but returned to the band in 2014). The band's music can be described as experimental pop or as singer Jonas Bjerre mentioned in a recent interview: I think that we combine pop music with something that's much more experimental, in our own way. I don't think I would even try and describe it. It's difficult. Guitarist Bo Madsen has also classified Mew's music as indie stadium. The members of Mew started playing music together in 1995. Mew first achieved success in Denmark with their album Frengers, although their debut album, A Triumph for Man, had been met with much critical acclaim back in 1997. At the 2003 Danish Music Critics Award Show, Mew won the awards for Album of the Year and Band of the Year. Until this point Mew was relatively unknown outside of Denmark; however after a European tour supporting R.E.M. Mew began to attract wider attention. After releasing the critically-acclaimed album And The Glass Handed Kites, featuring contributions from J Mascis from Dinosaur Jr, Mew has built on their success in Denmark as well as attracting attention from the UK. In the summer of 2006, they toured as the supporting act for Bloc Party in the U.S. as well as for Kasabian in the U.S. and Canada in the fall. After these tours, they returned to Denmark to work on new material. On March 14th, 2007, Mew embarked on their first ever headlining tour in America with Oh No! Oh My! as the supporting act. Their fifth studio album, No More Stories/Are Told Today/I'm Sorry/They Washed Away//No More Stories/The World Is Grey/I'm Tired/Let's Wash Away, was released in August 25, 2009. They've also toured with Nine Inch Nails, Kings of Leon and Sigur Rós. In 2010, they released a greatest hits compilation called Eggs are Funny. Former bass player Johan Wohlert returned to the band in 2014. Discography: * A Triumph for Man (1997, re-released 2006) * Half the World Is Watching Me (2000, re-released Aug 2007) * Frengers (2003) * And the Glass Handed Kites (2005) * No More Stories... (2009) * Eggs are Funny (2010) * +- (2015) * Visuals (2017) Read more on Last.fm. User-contributed text is available under the Creative Commons By-SA License; additional terms may apply.

Special Am I Wry? No Comforting Sounds 156 The Zookeeper's Boy Snow Brigade She Came Home for Christmas Apocalypso Circuitry of the Wolf Symmetry Chinaberry Tree Why Are You Looking Grave? She Spider Her Voice Is Beyond Her Years Fox Cub A Dark Design Behind the Drapes Beach Eight Flew Over, One Was Destroyed Introducing Palace Players Small Ambulance An Envoy to the Open Fields White Lips Kissed Saviours of Jazz Ballet (Fear Me, December) Repeaterbeater Louise Louisa Silas the Magic Car New Terrain Hawaii Sometimes Life Isn't Easy Vaccine Cartoons and Macramé Wounds Hawaii Dream Satellites Tricks of the Trade Intermezzo 2 Reprise Wheels Over Me Saliva Snowflake The Seething Rain Weeps for You (Uda Pruda) The Seething Rain Weeps For You Wherever Mica Then I Run Beautiful Balloon Panda Water Slides Coffee Break I Should Have Been a Tsin-Tsi (For You)