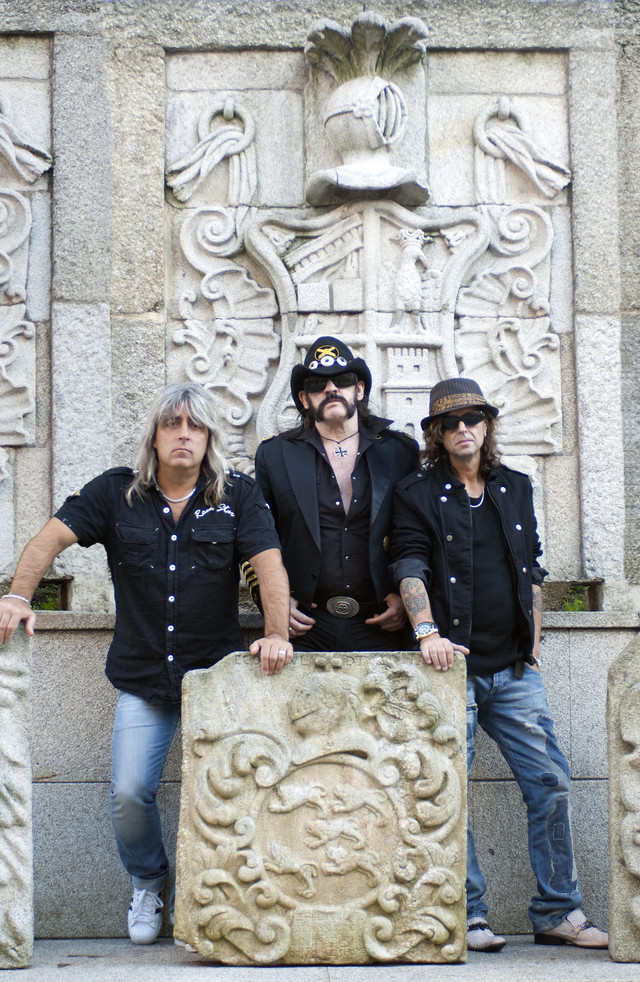 Motörhead were a British heavy metal band formed in London, UK in 1975 by bassist, singer and songwriter Ian Fraser Kilmister (24 December 1945 – 28 December 2015), known mostly by his stage name Lemmy, who has remained the sole constant member. The band pre-dated, but are sometimes regarded as part of, the New Wave of British Heavy Metal, which re-energised heavy metal in the late 1970s and early 1980s. Motörhead is also regarded as, with Judas Priest and Accept, one of the first Speed Metal bands. Motörhead are typically classified as heavy metal, and their fusion of punk rock into the genre helped to pioneer speed metal and thrash metal. Lemmy disliked such labels, preferring to describe the band's music simply as rock 'n' roll and usually opening live shows with the line We are Motörhead. We play rock and roll. Usually a power trio, Motörhead had particular success in the early 1980s with several successful singles in the UK Top 40 chart. The albums Overkill, Bomber, Ace of Spades, and particularly No Sleep 'til Hammersmith, cemented Motörhead's reputation as one of Britain's foremost rock bands. Motörhead's approach has remained the same over the band's career, preferring to play what they enjoy and do best; their appreciation of early rock and roll is reflected in some of their occasional cover songs. Motörhead's lyrics typically cover such topics as war, good versus evil, abuse of power, promiscuous sex, substance abuse, and life on the road. The band's distinctive fanged-face logo, War-Pig (AKA Snaggletooth), with its oversized boar's horns, chains, and spikes, was created by artist Joe Petagno in 1977 for the cover of the Motörhead album and has appeared in many variations on covers of ensuing albums. Studio albums Motörhead (1977) Overkill (1979) Bomber (1979) Ace of Spades (1980) Iron Fist (1982) Another Perfect Day (1983) Orgasmatron (1986) Rock 'n' Roll (1987) 1916 (1991) March ör Die (1992) Bastards (1993) Sacrifice (1995) Overnight Sensation (1996) Snake Bite Love (1998) We Are Motörhead (2000) Hammered (2002) Inferno (2004) Kiss of Death (2006) Motörizer (2008) The Wörld Is Yours (2010) Aftershock (2013) Bad Magic (2015) Official Web-site Read more on Last.fm. User-contributed text is available under the Creative Commons By-SA License; additional terms may apply.