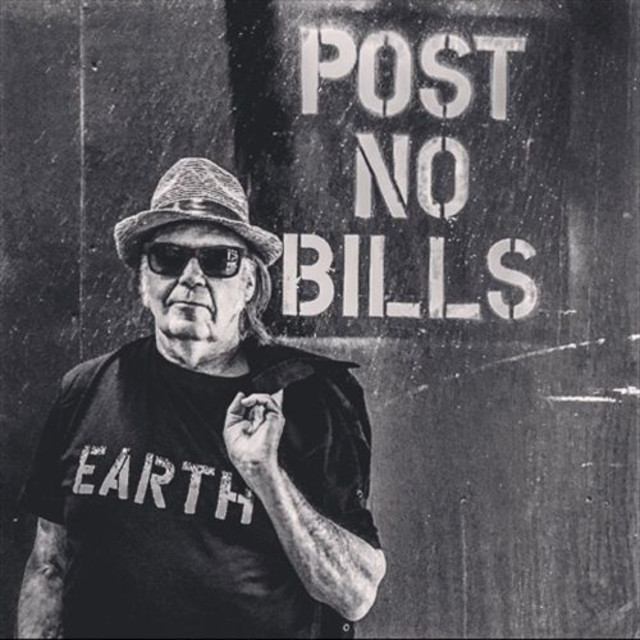 Neil Percival Young (born November 12, 1945) is a Canadian singer-songwriter, guitarist, and social activist who is widely regarded as one of the most influential musicians of his generation, particularly as Neil Young & Crazy Horse. Young was born in Toronto, but he moved to the family home of Winnipeg as a child, which is where his music career began. Young began performing as a solo artist in Canada in 1960, before moving to California in 1966, where he co-founded the band Buffalo Springfield along with Stephen Stills and Richie Furay. Having success on his own for a bit, he later joined the folk rock supergroup Crosby, Stills & Nash as a fourth member in 1969, thus forming Crosby, Stills, Nash & Young. He forged a successful and acclaimed solo career, releasing his first album in 1968. His career has since spanned over 40 years and 34 studio albums, with a continual and uncompromising exploration of musical styles; his musical vision is notably referred to by his autobiographical tuneThe Loner. Music critics have often called him one of the best single artists of all time, and several tunes such as Heart of Gold and Rockin' in the Free World remain popular on rock radio. According to the Don't Be Denied Songfacts, the 16-year-old Neil was raising chickens and selling the eggs, with plans to go to Ontario Agricultural College and be a farmer. Only his leisure activities foretold his future, when he would hide from his family problems in his room with his transistor radio playing local station CHUM. From this, Young experienced a growing admiration for rock n roll originators such as Chuck Berry, Little Richard, Jerry Lee Lewis, and, of course, Elvis Presley. In 1958, his father bought Neil his first music instrument, a plastic ukulele. His father would later recall, He would close the door of his room... and we would hear plunk, pause while he moved his fingers to the next chord, plunk, pause while he moved again, plunk. In Winnipeg, Manitoba, Canada, Neil started his professional music career in the mid-60s with a number of bands in Canada, including the Squires and later the Mynah Birds, which also included fellow future Buffalo Springfield bassist Bruce Palmer and future funk star Rick James. When the Mynah Birds broke up, Young and Palmer headed to California to meet Stephen Stills, whom he had met in Thunder Bay, and the result was Buffalo Springfield. That band split up after releasing three critically acclaimed albums, particularly achieving international fame for their tune For What It's Worth. Showing his strengths as a cynical yet experimental songwriter in the group, he also sung prominently in some of the band's songs such as the biting satire of 'rock star' life Mr. Soul. Neil soon started his solo career with the release of 'Neil Young' on November 12, 1968. The album did not do very well commercially, but it included several strong tracks, including The Loner, said to be a portrait of Stephen Stills but also being deeply auto-biographical. On May 14, 1969, he recruited members of Crazy Horse and made the critically acclaimed 'Everybody Knows This Is Nowhere'. This was a much more consistent album, being the first to introduce longstanding collaborators Crazy Horse and beingbuilt around the balanced interplay between the guitar playing of Young and the talented Danny Whitten. The album also featured two lengthy classics, Down by the River and Cowgirl in the Sand. The critically acclaimed solo album After the Gold Rush came out in 1971, featuring such classic songs as Southern Man', Only Love Can Break Your Heart and Don't Let it Bring You Down. Harvest followed in 1972 with the hitHeart of Gold. During this time he also enjoyed considerable success as a quarter of Crosby, Stills, Nash & Young. Neil's subsequent work has zig-zagged across genres - dabbling in country rock on Old Ways; electronics on Trans; hooking up with the Shocking Pinks in a homage to old-time Rock 'n' Roll on Everybody's Rockin'; creating a wall of feedback on the live Arc-Weld; and cementing his status as Godfather of Grunge when collaborating with Pearl Jam on Mirror Ball. His idiosyncratic approach to genre even led to him being sued by his record company (Geffen) in the 80s for making uncharacteristic music. Young has also dabbled in film, most recently on the album/concert series/dvd Greendale. 66 years and still going strong the very special and often strange Neil Young keeps on making music. His latest release is “Le Noise”. The film Canadian Bacon includes the line Canadians are always trying to figure out a lot of ways to ruin our lives. The metric system, for the love of God! Celsius! Neil Young! For recent news see: http://www.neilyoung.com/ Read more on Last.fm. User-contributed text is available under the Creative Commons By-SA License; additional terms may apply.

Heart of Gold Old Man Harvest Moon The Needle and the Damage Done Rockin' in the Free World Southern Man After the Gold Rush Only Love Can Break Your Heart Cinnamon Girl Out on the Weekend Harvest Down By The River Like a Hurricane A Man Needs a Maid Alabama Tell Me Why Don't Let It Bring You Down Helpless There's a World Ohio My My, Hey Hey (Out of the Blue) Cortez The Killer Cowgirl in the Sand Words (Between the Lines of Age) I Believe in You Till the Morning Comes Comes a Time Are You Ready for the Country? Birds Unknown Legend Cripple Creek Ferry Oh, Lonesome Me Walk On From Hank to Hendrix For The Turnstiles On the Beach When You Dance You Can Really Love Mr. Soul See the Sky About to Rain Pocahontas Hey Hey, My My (Into the Black) Sugar Mountain The Loner Everybody Knows This Is Nowhere World On A String Revolution Blues The Old Laughing Lady One of These Days You and Me Heart of Gold - 2009 Remaster