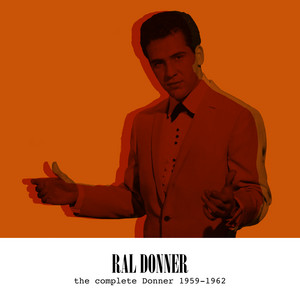 Ralph Stuart Donner, 10 February 1943, Chicago, Illinois, USA, d. 6 April 1984, Chicago, Illinois, USA. Donner had a short string of US chart singles in the early 60s, most notably the number 4 You Don't Know What You've Got (Until You Lose It). He began singing in church in his teens and formed his first band at the age of 13, and began touring two years later. Building a reputation for a singing voice uncannily similar to that of Elvis Presley, Donner chose a Presley album track, Girl Of My Best Friend, for his attempt to breakthrough. After recording it in Florida, Donner leased the track to Gone Records and it ultimately climbed to number 19 in the US charts. His second single was his only Top 10 hit (number 25 in the UK) and Donner subsequently placed three other singles in the US chart, with She's Everything (I Wanted You To Be)' the most successful at number 18. His debut, Takin' Care Of Business, was also released on Gone in 1961, and has, in subsequent years, increased in value as a collectors item. Donner continued to record after leaving Gone, for labels such as Reprise Records and several small independents. Although his commercial popularity was in the early 60s, Donner gained recognition among fans and collectors of Presley-styled rock 'n' roll and he continued to capitalize on that association. In 1981, Donner provided the narration for the movie This Is Elvis, mimicking the late Presley's speaking voice with the same expertize he had applied to the sound-alike singing. Donner died of lung cancer at the age of 41. Read more on Last.fm. User-contributed text is available under the Creative Commons By-SA License; additional terms may apply.