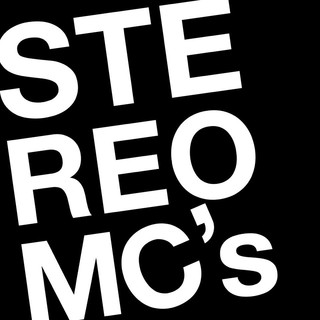 Stereo MCs are a hip hop and alternative dance group formed in 1985 in London, England. The group consists of Rob Birch (vocals), Nick The Head Hallam (turntables, production), and Ian Owen If Rossiter (drums). They are best known for their 1992 single Connected, which was a transatlantic top 20 hit. Vocalist Rob Birch and DJ)/producer Nick Hallam founded their Gee Street recording studio and record label with money they were given to leave their London flat and, dispensing with using a backing band, travelled to early gigs on public transport. They recorded their debut album, 33-45-78 in 1989 on a shoestring budget, with DJ Cesare, drummer Owen If and backing vocalist Cath Coffey. In 1990, Elevate My Mind became first British hip hop single to reach the United States R&B record chart. However, in the emerging UK alternative dance scene, it took an alliance with the Jungle Brothers to ensure chart success for Supernatural. Remix work for U2, PM Dawn, Queen Latifah, The Disposable Heroes of Hiphoprisy, Monie Love and Electronic followed. Their live band included singers Andrea Bedassie and Verona Davis, and they were one of the few hip hop acts to play at rock music festivals at the time. Stereo MCs' mainstream breakthrough came in 1992 with the album Connected, which contained the hit singles Connected, Step It Up, Creation, and Ground Level, and also won them the BRIT Awards for Best Group and Best Album. The follow-up to Connected did not appear for almost a decade. Further remix duties for Madonna and the Jungle Brothers in 1998 kept the Stereo MCs' name in the limelight. Madonna went on to use the Stereo MCs remix of Frozen as the basis of the live arrangement of the song on her 2001 Drowned World Tour. 2001 saw the release of Deep Down & Dirty, followed by a tour including slots opening for the recently re-united Jane's Addiction. Their sixth studio album, Double Bubble, was released in July 2008, followed by their seventh album, Emperor's Nightingale, in August 2011. Read more on Last.fm. User-contributed text is available under the Creative Commons By-SA License; additional terms may apply.

Connected Step It Up Ground Level Sofisticated Chicken Shake Creation Deep Down & Dirty Fade Away Elevate My Mind We Belong In This World Together Everything Sketch All Night Long Pressure Playing With Fire Breeze The End First Love Traffic Black Gold Running The Right Effect Unconscious Two Horse Town Shameless Set It Off Stop At Nothing On 33 Sun The Fear Paradise Bring It On Get On It Warhead What Is Soul? Graffiti Part One Deep Down & Dirty - Original Version Graffiti Part Two Pictures I Feel You Don't Know Float On Out of Control The Here & Now Prime Time City Lights Connected - Edit Karaoke Revolution Connected (1993)