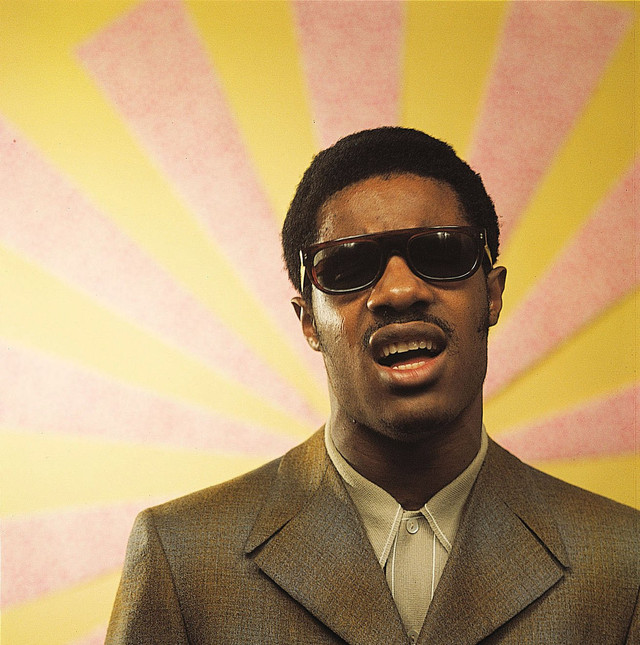 Stevie Wonder is the stage name of Stevland Hardaway Morris (b. Stevland Hardaway Judkins, 13 May 1950 in Saginaw, MI, USA - a.k.a. Little Stevie Wonder), a singer-songwriter, multi-instrumentalist, record producer and activist. He débuted, as Little Stevie Wonder, with the single I Call It Pretty Music, But the Old People Call It the Blues (1961, Tamla Motown) and his latest album is A Time 2 Love (Oct 2005, Motown) Stevland lost his eyesight shortly after birth. When he was four, his mother left his father, and moved with the children to Detroit. She changed her name back to Lula Hardaway and later changed her son's surname to Morris, partly for family reasons. Stevland Morris has remained Stevie Wonder's legal name ever since. Wonder signed with Motown's Tamla label at the age of eleven, and continues to perform and record for Motown to this day. Altogether, he has released more than thirty U.S. Top 10 hits and received twenty-two Grammy Awards, the most ever awarded to a male solo artist. In 2008, Billboard magazine placed Wonder fifth in their list of the Hot 100 All-Time Top Artists. He has recorded numerous critically and commercially successful albums, as well as hit singles. Since the mid-1960s, he has written and produced songs for some of his labelmates (such as Smokey Robinson and the Miracles and The Spinners), as well as outside artists like Michael Jackson. A multi-instrumentalist, Wonder plays drums, guitar, synthesizers, congas, and most famously the piano, harmonica, and keyboards. Wonder forged his divergent styles into a trademark sound, putting his musical signature on a quartet of albums that would change music forever: 1972's Talking Book, 1973's Innervisions, 1974's Fullfillingness' First Finale, and 1976's Songs in the Key of Life. By the end of the decade, Wonder had won a record fifteen Grammys, as well as numerous other awards. In the following decades he wrote, among other classics, his 1982 collaboration with Paul McCartney, Ebony and Ivory, which remained number one for seven weeks in a row. 1984's The Woman in Red soundtrack produced the enduring classic I Just Called to Say I Love You, yet another number-one hit that gained him an Academy Award. In 1989 Wonder was inducted into the Rock and Roll Hall of Fame alongside The Rolling Stones. His contribution to worldwide social and political change is just as impressive. He championed the effort to make Martin Luther King's birthday a national holiday, as well as becoming a driving force behind 1985's USA for Africa campaign, and being visible in U.S. musicians' fight against apartheid in South Africa. Read more on Last.fm. User-contributed text is available under the Creative Commons By-SA License; additional terms may apply.

Superstition Sir Duke Higher Ground For Once in My Life Isn't She Lovely Signed, Sealed, Delivered (I'm Yours) I Just Called to Say I Love You You Are the Sunshine of My Life I Wish Living for the City Uptight (Everything's Alright) Superstition - Single Version My Cherie Amour What Christmas Means to Me I Was Made to Love Her Master Blaster (Jammin') Part-Time Lover As Pastime Paradise Happy Birthday Don't You Worry 'Bout a Thing Boogie on Reggae Woman Overjoyed We Can Work It Out Someday at Christmas Signed, Sealed, Delivered I'm Yours Too High Knocks Me Off My Feet Yester-Me, Yester-You, Yesterday You Haven't Done Nothin' Love's in Need of Love Today Golden Lady Lately Visions Another Star All in Love Is Fair Have a Talk with God I Believe (When I Fall in Love It Will Be Forever) If You Really Love Me Village Ghetto Land Contusion Summer Soft Jesus Children of America That Girl I Just Called To Say I Love You - Single Version Ordinary Pain If It's Magic Joy Inside My Tears Do I Do A Place In The Sun