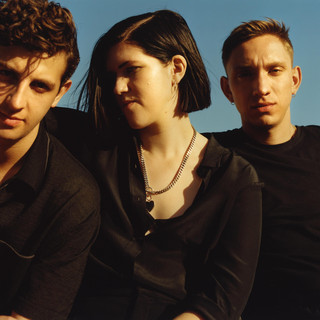 The xx are a Mercury Prize-winning trio formed in 2005 in London, United Kingdom and signed to Young Turks. The band members are Romy Madley Croft (vocals, lead guitar), Oliver Sim (vocals, bass guitar), and Jamie Smith, known as Jamie xx (drums, keyboards, synthesizer, MPC sampler). Second guitarist and keyboardist Baria Qureshi was dropped from the band mid-tour in 2009. The reasons behind her ousting remain unclear. On 17 August 2009, the group released their debut album xx on Young Turks label. The album was recorded in a small garage and produced by the band. It garnered critical acclaim and has been generally well-received, scoring an average of 86/100 based on 24 professional reviews. Also it ranked on best of the year lists with Rolling Stone placing it at #9 and NME placing it at #2. Four singles were released from their debut album: Crystalised, Basic Space, Islands and VCR. The xx also remixed the classic song You've Got The Love originally written by The Source and covered by Florence + the Machine. They also added their own vocals on the song. The group won the 2010 Mercury Prize for their album on 7th September 2010. After being the bookies' favourites for many of the weeks leading up to the announcement, they beat eleven other acts. Angels was the first single from The xx’s second album, Coexist. It was released on July 16 2012. A second track from the album, Chained, was released on line prior to the official Coexist launch on 11 September. In June 2014, it was revealed in an interview with Dazed that the trio were working on their third studio album, with producer Rodaidh McDonald at the Marfa Recording Company studio in Marfa, Texas. Further writing and recording sessions were held in London, New York, Reykavik and Los Angeles. The 2016 album 'I See You' title and tracklist, were revealed after untitled audio clips uploaded to Spotify were matched on Shazam. 'On Hold' was launched on November 10th. http://thexx.info Read more on Last.fm. User-contributed text is available under the Creative Commons By-SA License; additional terms may apply.