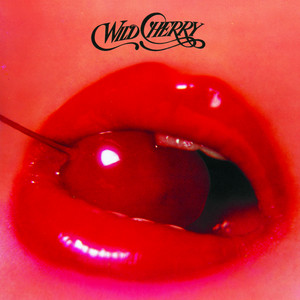 Rob Parissi (lead vocals & guitar) was raised in the tough, diverse steel mill town of Mingo Junction, Ohio. Parissi graduated from Mingo High School in 1968. Rob formed his first band in 1970 in Steubenville, Ohio, one mile north of Mingo Jct. along the Ohio River. The band's name Wild Cherry was selected off a box of cough drops while Rob was recuperating from a brief hospital stay. The band played the Ohio Valley region, the West Virginia panhandle, and Pittsburgh, Pennsylvania. The original lineup is not known. A demo was produced in 1970 under the label Staehle-Tudor with the A side entitled: You Ain't Got Nobody. Several other records were released under their own label including You Can Be High (But Lay Low), date unknown; Something Special On Your Mind, 1971. The music at this stage was pure rock music, not funk. Wild Cherry eventually gained a record contract with Brown Bag Records. Several demos and singles were produced including and Get Down, 1973 (re-release of earlier self labeled demo); Voodoo Doll, 1975 and Show Me Your Badge, 1973. Voodoo Doll was produced and co-written by the prolific and successful songwriter Jeff Barry (of The Monkeys fame). Although Voodoo Doll (AM 45070) received distribution as far afield as Europe through A&M, it did not chart and no album was in sight. The band broke up when a disillusioned Parissi left the music scene to become the manager of a local steakhouse. Rob quickly realized that the steak house gig was not going to cut it - too tough. As his enthusiasm for the music eventually returned, Rob decided to give the business one last shot. Soon after, Parissi re-formed the band with new musicians. The new lineup had Mark Avsec (keyboards), Bryan Bassett (guitar), Allen Wentz (bass guitar) and Ronald Beitle (drums & percussion). As the quintet began to perform publicly in an era dominated by disco, they were repeatedly asked by listeners to play that funky music. Parissi was inspired to write a song that captured the funky music-white boy theme. When the band went into the studio to record it, a friend of the studio engineer heard the song, was blown away by the potential hit, and brought the band to the attention of Epic Records, which then immediately signed the group. Epic suggested recording the song as an A-side instead of as the B-side to a cover version of the Commodores' I Feel Sanctified, as had originally been planned. Play That Funky Music became a huge hit when released in 1976, peaking at number one on both the Billboard R&B and pop charts. Both the single and Wild Cherry's self-titled debut album went platinum. The band was named Best Pop Group of the Year by Billboard, and received an American Music Award for Top R&B Single of the Year, as well as a pair of Grammy nominations for Best New Vocal Group and Best R&B Performance by a Group or Duo that year, adding to their success. I Feel Sanctified was also released as a single form the first album. Their 1977 album, Electrified Funk and 1978 album I Love My Music did not produce any top 20 hits, While their 1979 album Only the Wild Survive didn't produce a top 100 single. U.S. billboard chart placements for singles from their 3 other albums: Baby Don't You Know (1977; peaked at #43) Hot To Trot (1977; peaked at #95) Hold On (1977; peaked at #61) I Love My Music (1978; peaked at #69). Hot to Trot was a minor followup hit in some non U.S. markets. Although it was never a chart hit, the song 1 2 3 Kind Of Love had the right feel for the beach music clubs along the North and South Carolina coasts; it continues to be popular there today, and the song is included in the beach music anthology series by Ripete Records. One musician who played with the band was guitarist/vocalist Donnie Iris (ex-The Jaggerz). Donnie was credited on their fourth and final album. Mark Avsec partnered up with Donnie following the demise of Wild Cherry to form The Cruisers. Mark Avsec released a solo project under the moniker Cellarful of Noise in 1985. Guitarist Bryan Bassett went on to a hard rocking career in the 90's with Foghat and Molly Hatchet. He continues to tour with Foghat. Parissi later became a disk jockey in Wheeling, West Virginia. Play That Funky Music was covered by The Real Roxanne in 1988 and was sampled by Vanilla Ice in 1990 (for which Parissi was not credited; he later won $500,000 in a copyright infringement lawsuit), and it continues to be a hit in dance clubs to this day. Play that Funky Music is regularly included on funk and disco compilations. Read more on Last.fm. User-contributed text is available under the Creative Commons By-SA License; additional terms may apply.