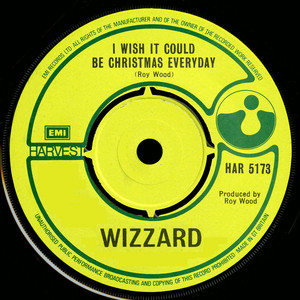 There are three artists under this name: (1) Roy Wood’s post- ELO project. (2) A 'blackened' heavy metal band from Finland. (3) A heavy metal band from Belgium --- (1) Wizzard was Roy Wood’s post- ELO project. They made catchy glam-rock hit singles like Angel Fingers and See My Baby Jive with a retro, Phil Spector-style wall of sound production. At the same time, they produced decidedly odd, almost avant-garde albums like Wizzard Brew. Wizzard were active from roughly 1972-1975. (2) One of them is a 'blackened' heavy metal band from Finland. It enjoyed some success in Finland and Germany though even some fans wondered why they had taken the name of Roy Wood's famous band – the other z was actually added because the band didn't want to be confused with the German band Wizard. The band was founded by Teemu Kautonen as his solo-project in August 1995, and he handled all the instruments on the first demo, Teemu moved the band to Germany in April 1997 adding new local musicians CY and Daniel to the line-up. In August Teemu returned to Finland, but moved back to Germany in January 2001, and CY and Daniel came along again. Also a new guitarist Johnny joined the band. Last known lineup: Teemu Kautonen aka Hexenmeister - Vocals, originally also Bass & Guitars CY aka Grobi - Drums Daniel - Lead Guitars, Bass Johnny - Rhythm Guitars Discography; I am the King, Demo, 1997 Children of Bodom, Split, 1997 Devilmusick, Full-length, 1998 Wizzard, Full-length, 1999 Songs of Sins & Decadence, Full-length, 2000 Tormentor, EP, 2000 Black Heavy Metal. Full-length, 2001 Metal Forever Vol. 1, Split, 2003 (3) Wizzard is a local Heavy Metal band from Belgium Read more on Last.fm. User-contributed text is available under the Creative Commons By-SA License; additional terms may apply.